Taking a Step Back: How to Apply for a Job When You’re Overqualified 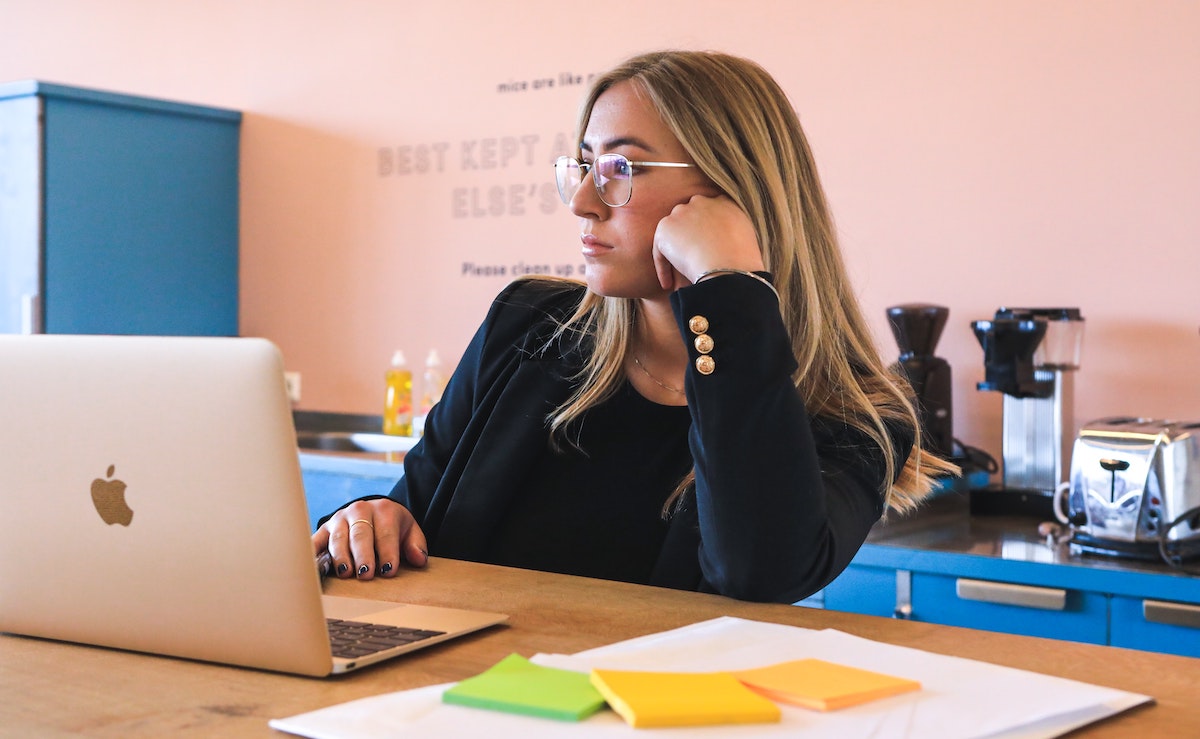 We’ve all heard the saying – sometimes you need to take a step back to take several steps forward. The COVID-19 pandemic has forced the world to take many steps back, but in doing so, progress has been made in areas such as remote work scheduling, video conferencing technology, and understanding the challenges facing working parents. Unemployment has been a significant issue since the start of the pandemic, as a number of industries were hit hard and have yet to recover. As a result, employees have had to reprioritize in order to reenter the workforce.

In a perfect world, a career path would have no bumps. Employees would move smoothly from one job to another, each with progressive titles, increasing responsibilities, and higher salaries. But things don’t always go as planned, and when unexpected layoffs occur and bills start piling up, it’s far less important to wait for the next big career opportunity than it is to just get back to work. Consequently, some unemployed workers and new grads have been forced to take a step back by applying for jobs for which they’re overqualified in order to eventually move forward.

There are several reasons why employers may be hesitant to hire those whose knowledge, skills or experience exceed the requirements for their target role. However, there are ways job seekers can market themselves for such positions that can increase their chances of success. Let’s look at a few of each.

When asked about employers’ hesitancy to hire overqualified candidates, Jill Chapman, Senior Performance Consultant with Insperity Recruiting Services, provides several reasons. The first is compensation demands. Better qualified employees command higher salaries, and even if they’re willing to accept less for a lower-skilled role, chances are they’ll soon expect a raise. Another reason is that overqualified employees may be harder to manage or have more trouble taking direction than their less-experienced counterparts. A third reason is that overqualification could result in job dissatisfaction and boredom. While those who are unemployed may be willing to accept a lesser role in order to return to work, how long will they remain interested and engaged doing work they don’t find challenging? And finally, overqualified employees may simply use the position as a steppingstone or temporary filler until something better comes along.

Shifting focus to what candidates can do to ensure that more experience doesn’t yield fewer interviews, Chapman recommends applicants customize their resume for each role. Most job seekers already know to do this; however, when there’s a disparity between candidate experience and job requirements, it becomes even more important. In many cases, the skills or qualifications that make candidates overqualified may not be relevant to the position for which they’re applying and can be omitted from their resume. Rather than listing their most impressive career accomplishments, applicants should instead focus on areas of experience from past positions that directly relate to the new role’s duties and responsibilities. They can then use the resume’s summary section or bullet points under previous roles to highlight the relationship between past and future success.

Include a Cover Letter

Cover letters have become a hot topic of debate in recent years as to whether employers and recruiters actually read them. However, when it comes to communicating pertinent information such as why a seemingly overqualified candidate is interested in a particular position, they can be invaluable. Chapman suggests applicants use a cover letter to explain their interest in the role or company, citing specific elements of the job that are attractive, as well as reasons such as the company’s reputation, culture, work/life balance or even location. By showing that candidates have a genuine interest in the role and company and have taken the time to research them both thoroughly, employers will be more inclined to overlook their overqualification in favor of hiring loyal and dedicated employees.

Applicants should anticipate questions regarding their overqualification in interviews by preparing responses in advance. According to Chapman, citing a history of long-term employment with the same company can help temper employer concerns of job-hopping. Likewise, reiterating candidates’ interest in the role and company listed in their cover letter can work to their advantage. Finally, sharing references from previous employers can help convince hiring managers that candidates are applying for the right reasons and would be an asset to the company regardless of overqualification.

Candidates can benefit from thinking strategically when applying for roles for which they may be overqualified, and convincing hiring managers to do the same. As Chapman points out, the scope of the position may grow in the future, and candidates with more experience or qualifications could easily grow with the role while taking on new responsibilities. This could benefit the company in the long run, allowing for faster growth and greater profitability than if they hire a less-experienced worker who requires more training or doesn’t possess the same potential for growth. In short, hiring an employee whose qualifications exceed the position’s requirements can be an investment in the company’s future.

Due to the high unemployment rate resulting from COVID-19, job seekers are applying for more positions than in recent years. Naturally, those who are anxious to return to the workforce may expand the range of roles they would consider, including those for which they may be under- or overqualified. Employers now have their pick of candidates, and hiring those who are overqualified for a position can be both an advantage and disadvantage. Experienced job seekers must therefore learn to market themselves to employers while positioning their overqualification as an asset, not a drawback.

How to Amplify Your DEI Initiatives in 2022

Small Steps with Big Outcomes — Supporting Parents in the Workplace

How Can Job Seekers Make Themselves More Attractive to Recruiters?

We use cookies to ensure that we give you the best experience on our website. If you continue we will assume that you are happy with it.AcceptPrivacy Policy